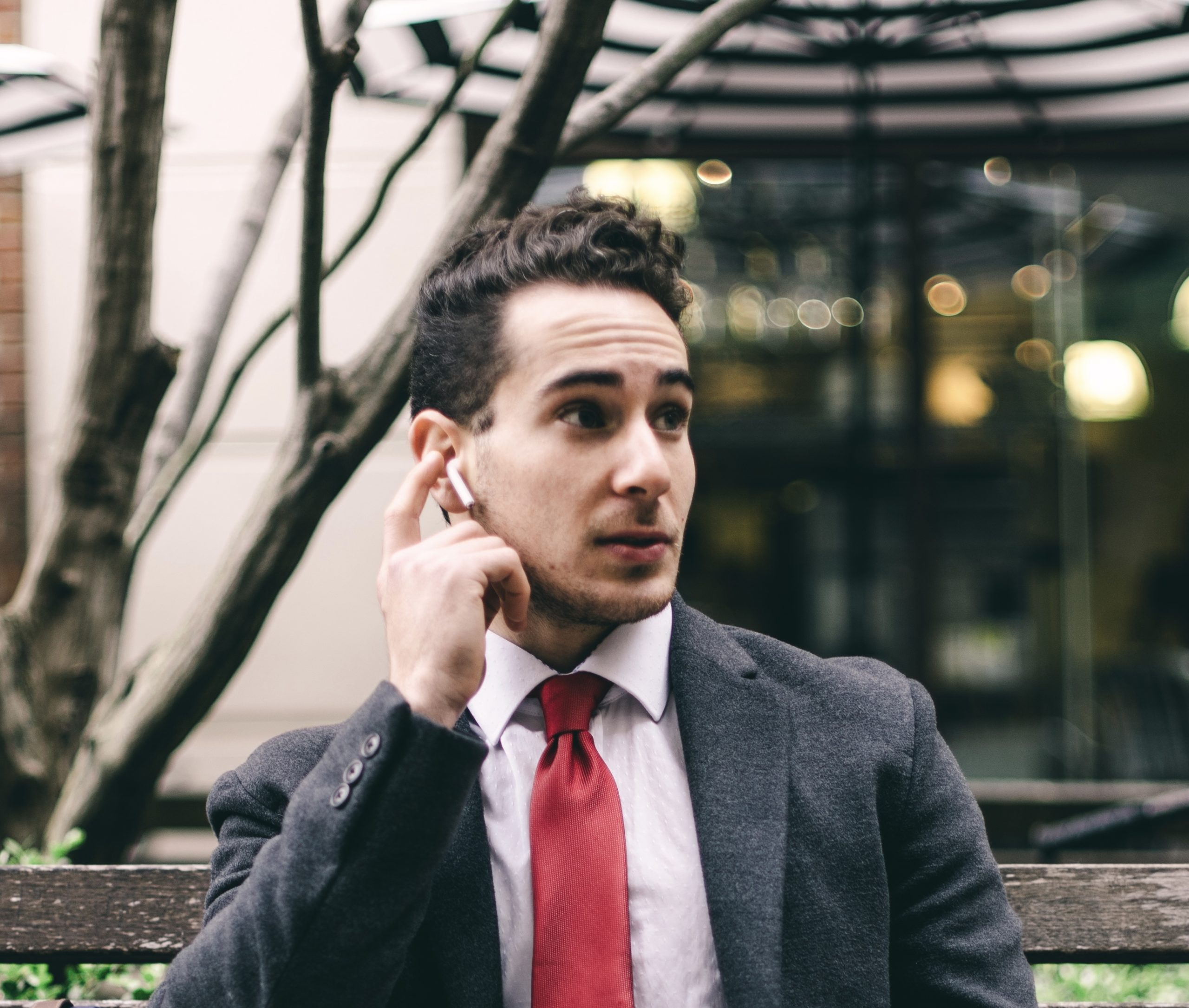 It is no longer enough to have great content and a large social media following for your business. To truly strengthen your brand, you must demonstrate your expertise. This principle is the core of thought leadership: the ability to inspire others and innovate solutions with your ideas.

Thought leadership can be hard to define and even harder to develop, but it’s clear that it requires more than good ideas. Let’s dive into what thought leadership is and does, and how it can boost your brand’s authority.

Introduction – What is Thought Leadership?

Economist Joel Kurtzman coined the term “thought leadership” in 1994, although he was fairly broad in his definition: a thought leader was anyone who had ideas “that merited attention.” Looking back, this was a vague standard. Many people grab attention without having anything of substance to say — and there have been many influential people who were ignored until years after they introduced their idea.

From a marketing and branding standpoint, thought leadership seems to be an extension of industry expertise. However, it’s more than simply regurgitating facts and figures. Thought leaders have new ideas and are able to translate those ideas into both valuable content and lucrative enterprises. The world’s top thought leaders have even launched industries!

So, how can you develop your thought leadership and make an impact in your industry? You can learn a lot from the world’s most influential thought leaders (both individuals and the companies that reflect them).

Gary Vaynerchuk, also known as GaryVee, is known for his forward-thinking approach to digital media and culture. A serial entrepreneur and frequent angel investor, Gary clearly has a knack for identifying future paradigm shifts. He was an early investor in companies such as Facebook, Venmo, and Uber, and he’s founded his own group of enterprises as well.

Gary’s thought leadership is more than his savvy investments and entrepreneurial spirit. He excels at translating his ideas into emerging media and business models. Yet one can only be a leader if they have followers, and Gary indeed has 30 million followers on his various channels. He is transparent about his strategies and mindset, which makes him a clear and accessible authority on digital media, technology, and paradigms.

Chamath is highly vocal about issues in investing, social media, and technology. While he can be controversial at times, there’s no doubt that his ideas merit attention. He regularly posts industry news and insightful analyses on Twitter, where he has 1.5 million followers.

Bill Gates is a household name, but many people don’t realize the true breadth of his thought leadership. Let’s forget about his famous role at Microsoft and take a look at his philanthropic goals. As the co-founder of the Bill & Melinda Gates Foundation, Bill has become a leading voice in 21st-century challenges, including climate change, public health, and food security — and he is not shy about sharing his aspirations.

Unlike many other executives who tend to stay in industry circles, Bill regularly appears on popular channels, including evening talk shows and Reddit AMAs. He is known for being well-read yet (relatively) down-to-earth for someone of his stature, and he regularly engages in educational programs, sporting events, and popular conversations. He has written several books on futurism, technology, and climate change.

What we see in Bill’s thought leadership is more than the expertise born of his achievements. An avid reader, Bill dives deep into each of his many topics of interest. He’s highly skilled at translating this self-education into transformative solutions. So when Bill Gates speaks about a topic, we listen, because we trust that he has done his homework and can translate that idea into an innovative new project or program.

IBM’s LinkedIn bio describes their core philosophy: “At IBM, work is more than a job – it’s a calling.” We see this attitude embodied in their values, brand style, and especially their content, where technology is a solution, a lifestyle, and a paradigm. This is no surprise coming from the company that has brought us the ATM, the hard drive, the barcode, and the Watson AI platform for businesses — to name a few.

Thought leadership is clearly a key ingredient in IBM’s success. They are well known for celebrating innovation and invention, and their social content reflects that. There is a palpable human element to their brand despite the highly technical nature of their work. And those humans are pretty extraordinary: IBM employees have collectively won five Nobels, six Turing Awards, ten National Medals of Technology, and five National Medals of Science. IBM is proof that thought leadership is more than a buzzword. They manage to be highly relatable and aspirational despite their vast technological achievements.

Deloitte may not be a household name like IBM, but its impact is far-reaching across multiple industries. The world’s largest network of management consulting firms, Deloitte takes an aspirational approach to risk assessment, mergers and acquisitions, and other business development services. They “walk the talk,” offering a vibrant company culture that rewards performance and innovation.

In addition to their professional services, Deloitte is a thought leader in futurism, emerging technologies, and ethical questions related to technology. They also take a strong stand for inclusivity and equity for all races, genders, and ethnicities in various tech and business industries. Anyone interested in the future of work, new and ethical applications of technology, or workplace equity will find Deloitte’s rich feed of blogs and videos quite compelling.

Known as an inclusive and ethical financial services provider, American Express has supported the American Dream for more than 170 years. They have evolved from a transportation company to providing loans, lines of credit, and savings accounts for both individuals and businesses. For this company, it’s more than the money, though.

They regularly run campaigns to empower economic and cultural growth, such as the Shop Small campaign, the World Monuments Watch, the #BackOurOceans campaign, and many more. Their social content is filled with themes of innovation, inclusivity, sustainability, and integrity. There is a passionate human element to their brand, which makes American Express seem relatable and inspiring. Their strong values are the secret to their thought leadership.

General Electric, now commonly called GE, is one of the world’s top suppliers of technology and appliances for households, aviation, healthcare, and of course energy. Their tagline is “building a world that works,” and that indeed seems to be their forte. They’ve played pivotal roles in our infrastructure, including widespread electric grids and radio and TV broadcasting.

What truly makes GE a thought leader is not their impressive portfolio but rather their forward-thinking solutions to modern problems. They are well known for their renewable energy inventions, such as their solar carport and smart bulbs, as well as their investments in cleantech. They pumped billions of dollars into their Ecomagination initiative that helped get more eco-friendly products to market.

And that’s just one example of GE’s aspirational philosophy. Their social content and contributions to various future-tech programs give them plenty of ways to establish their authority. Despite some environmental controversies, they are regarded as a thought leader in clean energy and sustainable tech development.

Make Thought Leadership Work for You

What we can learn from these examples is that thought leadership requires much more than listing out your education and accomplishments. You need to find the core message and values that drive your expertise — then communicate that in a way that appeals to others. As we see from the above examples, thought leaders have followers in multiple industries!

So, if you’d like to expand your brand reputation and truly become a thought leader, let your personality shine. Don’t try to play it safe or be controversial: be authentic. Talk about your process, your inspiration, the projects that make you and your team get up in the morning. Let your great ideas be the hook; the real power comes when you weave those ideas into strong values and strategy.

Thought leadership is not innate to you or your company, but you can absolutely cultivate it. Think of it as an extension of your expertise and brand presence. Your goal is not necessarily to persuade or sell, but rather to educate and inspire. This generates trust, which, in turn, improves your brand reputation. To become a thought leader, you need to embrace the power of conversation. How can you change the world?

Our team at Thumbstop Media has mastered the art of thought leadership, and we help business owners develop and refine their own. It all begins with great content, which we are more than happy to help you with. If you have questions about thought leadership or need help with your marketing in general, reach out to Thumbstop, and let’s change the world for you.

We get it. There are a million ways to improve your outreach to be more effective with your prospects, and sometimes it’s hard to figure out the next move. If you find yourself in this situation, click here to hop on a call with us. We’ll be able to talk about the details of your business and give you some advice on where to take your content and more.